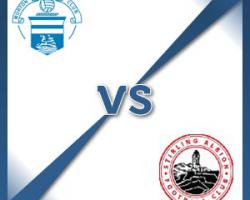 Morton V Stirling - view commentary, squad, and statistics of the game live.McManus back for MorMorton will include striker Declan McManus against visitors Stirling Albion after a second loan deal was agreed with the Aberdeen striker.Jamie McCluskey is available after a knock but Ricki Lamie and Connor Pepper are injury doubts.Jon Scullion misses out due a knee injury and Stefan Milojevic is banned.Manager Jim Duffy said: "I am delighted to get Declan back and he is joining a squad that have had good results recently."Stirling will be fully committed to getting a result and will work extremely hard to try and do that

We need to match their endeavour and if we do that then we can go on and win."Stirling Albion released James Creaney before the transfer window closed on Monday while Steven Doris, Graham Weir (both stomach) and Darren Smith (knee) are injured.The last time the sides met the Forthbank men were 3-1 ahead with 15 minutes left before losing 4-3.Assistant manager Martyn Corrigan said: "We have a point to prove as it was a very disappointing way for that game to end."We are improving in every game and last week nearly held the league leaders Stranraer to a draw so we can look forward to facing Morton."