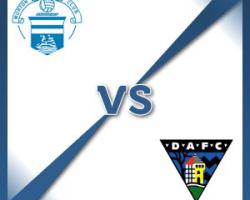 Morton V Dunfermline - view commentary, squad, and statistics of the game live.Morton wait on Tidser news Morton's plans to include midfielder Michael Tidser in their ranks when they host Dunfermline have hit a snag and the former Cappielow player could miss out.Derek Gaston is available after a thigh knock but Nico Caraux (groin) and Jon Scullion (knee) remain out.Ahead of the game, Morton manager Jim Duffy said: "Michael will be in the squad if an issue from his time in England is resolved

His signing has given everyone a boost ahead of what should be a cracking game and hopefully he will feature."We have defeated Dunfermline twice this season but that counts for little now

They played very well in the first half of the last meeting before we turned it around so we know we are in for a tough game.Dunfermline defender Gregor Buchanan is suspended.Former Rangers and Raith player Ross Perry is a possible replacement after he joined the East End Park side for training this week.Ryan Williamson continues to be absent with a knee injury and Andy Geggan is not available to Pars boss John Potter due to a ban.Potter said: "This will be a difficult game as Morton have experienced players in key positions, but I would like to think Jim Duffy is saying the same about us

We have had a run of draws and know that we need to start turning them into wins to start climbing the league."